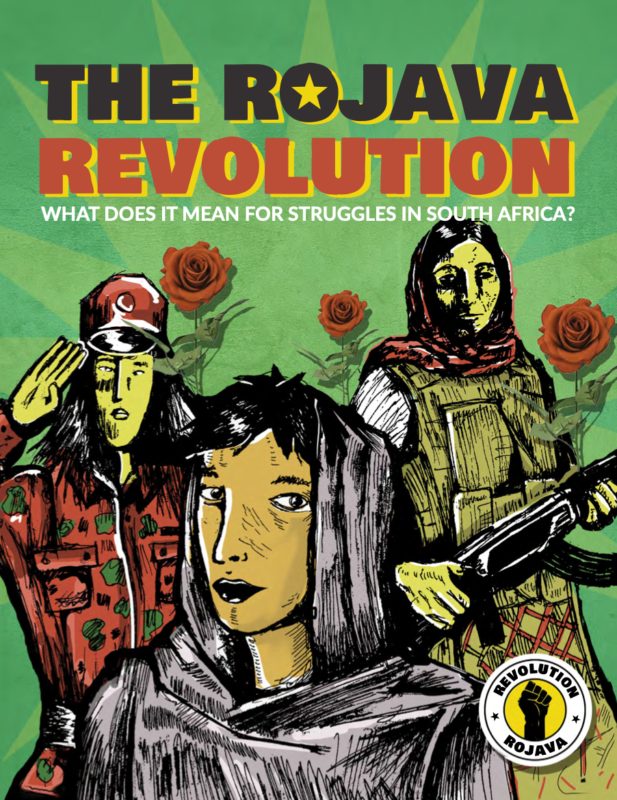 In the last few years, most people would have seen or read news stories of how Kurdish fighters in Syria, especially women, have been fighting against the Islamic State of Iraq and Syria (ISIS). Indeed, at the time of writing (October 2019) news headlines were filled with stories about how the Kurdish people were fighting an invasion by the Turkish state. Very few people, though, would know that in the northern and eastern parts of Syria these same Kurdish fighters are part of a revolution. In fact, the revolution they are taking part in popularly referred to as the Rojava revolution (named after the region it covers in the north and east of Syria), is as progressive and far-reaching as any in history.

“This booklet will look at this ongoing revolution, the type of society it is trying to create, the centrality of women’s liberation and, what lessons can be drawn for activists in South Africa”

In Rojava – but also in parts of Turkey, Iran and Iraq – people involved in the revolution are creating an alternative system to hierarchical states, capitalism and patriarchy that they call democratic confederalism. As ILRIG we believe this struggle to create a radical democracy without a state and based on an economy grounded in grassroots socialism can inspire struggles across the world and in South Africa.

What the Rojava revolution shows is that we don’t need to live in a world where politicians have power, where bosses exploit workers, where women are oppressed, and where there is ever increasing poverty and unemployment. It shows that another world is really possible and that we can organise to win it ourselves through building inclusive organisations and through our own democratically controlled actions — political messiahs and vanguards that claim to represent the people and who promise to bring freedom are not needed.

In this booklet, we will be looking at this revolution and the self-organising that has taken place under democratic confederalism as it has relevance for struggles in South Africa, the region and indeed the world.

Why this booklet
In South Africa, we have our own experience of liberation struggles. During the late 1970s and early 1980s working-class people, through trade unions and community organisations like civics, fought the apartheid state. Many wanted socialism and a radical form of democracy — a society free of racism and sexism. In the 1980s activists tried to build a people’s power, which included mass organising through street and defence committees that had the potential to create self-governance and overthrow the apartheid state.

By the 1990s, however, and with the negotiated settlement taking centre stage in the struggle to get rid of the apartheid system, the idea and practice of people’s power was gradually dismissed and dismantled. Rather, many people came to believe that the key to winning a more just and equal society now lay with the African National Congress (ANC) gaining state power.