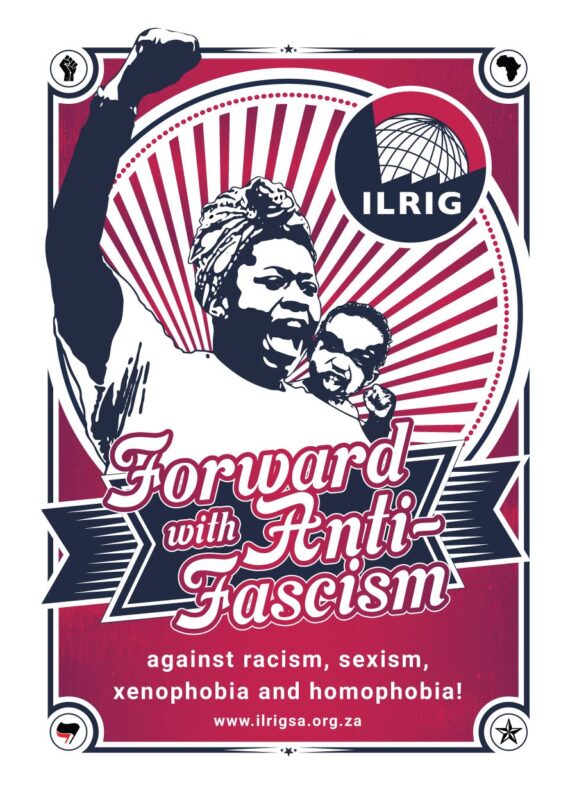 Through ILRIG’s education programmes and research we aim to bring the experiences of working and poor people in other countries to Southern African organisations, and to draw on this information to assist working class formations explore different ways of organising based on direct democracy that can begin to build a counter-culture to capitalism, class rule, patriarchy, racism and the nation state.

Since 2002 ILRIG has convened an annual Political School – a week-long event which draws activists from all over Africa and elsewhere to an occasion combining debate and learning and cultural events.

In addition to publishing popular booklets on international issues, ILRIG also produces a Bi-monthly newsletter called Workers World News. We also host open public forums on the last Thursday of each month and provide organising and reflective spaces for community movements at a provincial level in Gauteng and the Western Cape.

The Context of ILRIG’s Work

The context globally and in South Africa has radically changed over the last few years. The system of globalisation has been in decline and a form of neoliberal authoritarianism at a national level has begun to emerge in many countries in the world.

The capitalist crisis has also deepened and the ruling classes and states worldwide have increasing attacked the working class. Inequality between classes as a result is at an unprecedented level historically. While this has seen some rise in progressive struggles, it has not been uniformly so. Indeed, a fragmented working class now exists due to neoliberalism. Politics based on identity have often taken the place of class struggle and any unified progressive project is hard to maintain. Neoliberalism has also attempted to create individualised workers and consumers and a section of the population that is unemployed, which has made it difficult to undertake collective organising as differences are emphasised as opposed to commonalities.

In this fragmented and crisis ridden context, regressive politics that have tapped into anger and fear have also arisen. As part of this, demagogic politicians and parties have provided a false sense of belonging to sector of the population based on the most regressive ideas of ultra-nationalism, racism, sexism, authoritarianism, bigotry and even fascism. This has included politicians in Brazil, Philippines, and the United States of America.

Humanity and our fellow beings also face an existential crisis in the form of climate change and the mass extinction of species brought about by centuries long class rule, states and capitalism. In terms of the ecology, we are at a cross-roads and if we go down the road of continued capitalism the results will likely be catastrophic.

In South Africa the working class, and black working class in particular, faces continued racial oppression and exploitation as a class. In recent years this has had major implications:

There is, however, also hope. Resistance still continues in South Africa. This, however, needs to galvanise into a mass movement that can offer the working class a home based on progressive ethics, values, practices and principles in which feminism is central and the humanity of all is recognised and cherished. This is vital: if such as home cannot be built regressive politics will thrive.

Hope also exists in experiments internationally, such as the Rojava Revolution, that are based on egalitarianism, women’s liberation, the ecology and a caring society. Seeds in fact exist everywhere which could flourish into new movements that could not only save the world, but change the world for the better.

Through its work, ILRIG provides tools of analysis for activists to deepen their understanding of the above context, chart a way forward for self-organising based on progressive principles, values and ethics and to share information and insight into radically democratic working class mass movements internationally and a revolution in the case of Rojava to also inspire. It is this that shapes the current research areas of ILRIG.