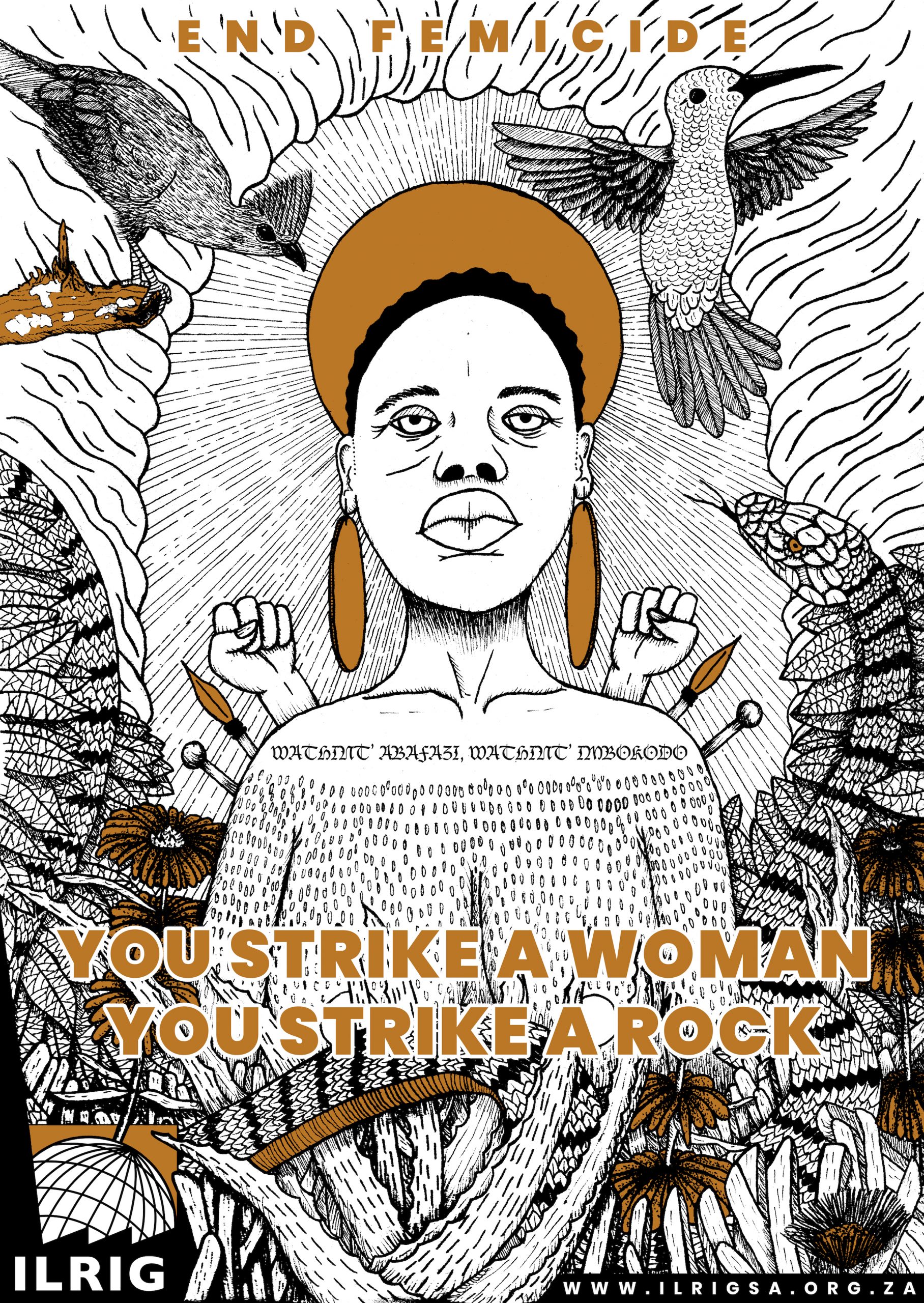 This poster was featured in Workers World News Issue 114.

“Everything in the poster is a symbolic representation of feminist strength, resilience and resistance. I used local birds; the Grey Loerie and Hummingbird, both of which have varying spiritual and symbolic meanings. The sun/halo and ‘cloud opening’ represent strength and hope, a ‘clearing away’ of darkness, if you will. The womxn represents the feminine, specifically the Black feminine; the main victim of patriarchy, gender based violence and femicide, but her face is also defiant and she emanates strength and resistance, emphasized by the fist, spear and knobkerrie. “Wathint‘ Abafazi, Wathint‘ Imbokodo” is Zulu for “You strike a woman, you strike a rock”. I placed it on her chest, representative of a tattoo. She is covered in traditional scarification, each scar representing a woman who has been a victim of femicide.

She could also be seen as symbolic of the natural world (or Mother Nature), always referred to in the feminine, also constantly conquered and dominated by patriarchy (/capitalism, same thing). The snake can be interpreted however the viewer wishes. I don’t mean to demonise snakes in any sense, as I think that their bad name is largely due to patriarchal religious myth. To some, snakes are seen as potential threat and bad omens, to others they represent fertility, a creative life force, or other positive symbolisms. I chose three plants found in South Africa to frame the bottom of the illustration; Aloe Vera, Leonotis leonurus (or lion’s tail or wild dagga), and Carpobrotus Edulis (sour figs), all of which have medicinal value, to represent healing, as well as growth. I also love seeing nature “reclaim”, and I tried to convey that sense. The gold colour is representative of value, and depth, and is often used in traditional African colour palettes.”

Poster and words by Gather Design.