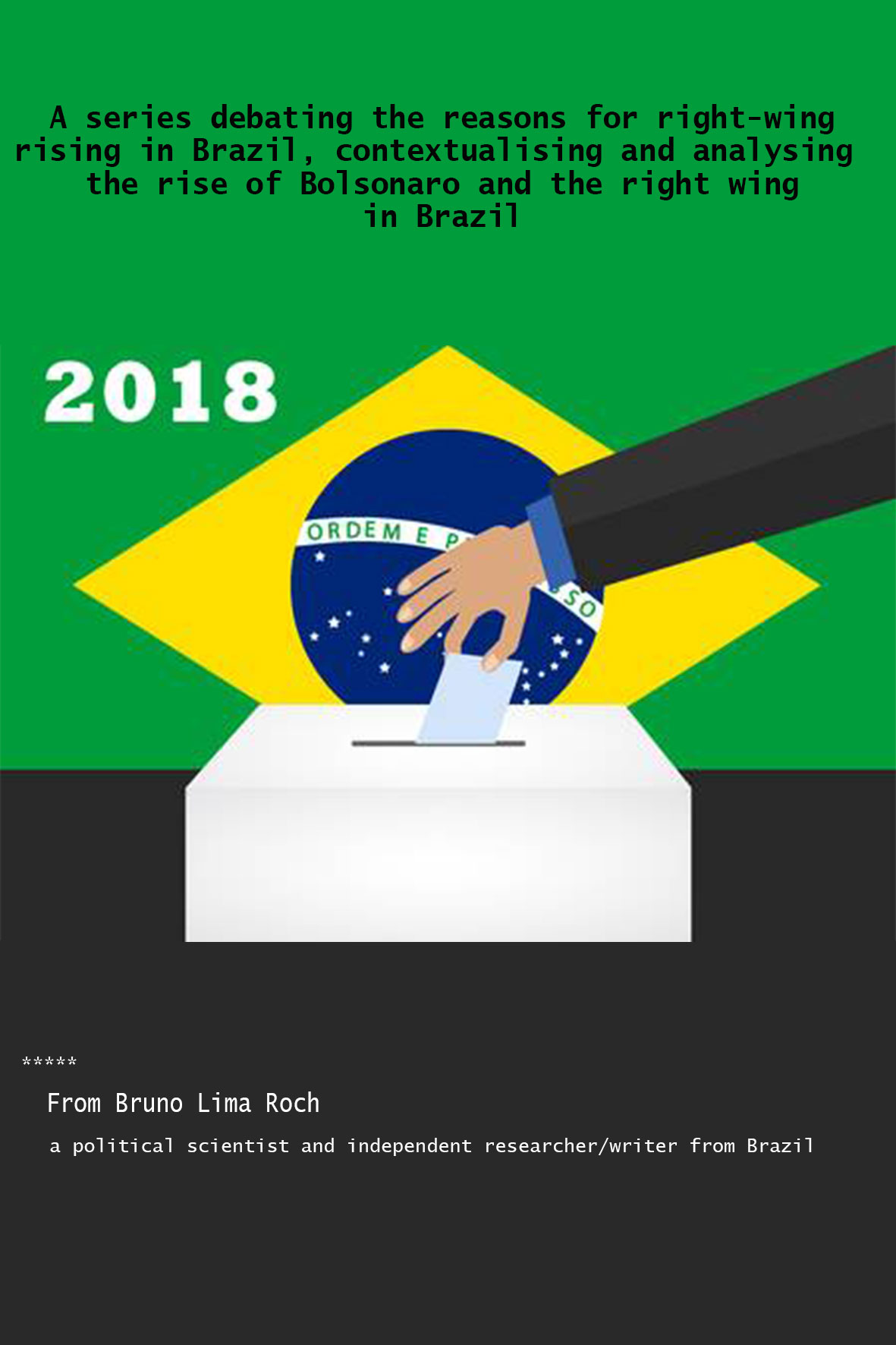 Latin America’s largest country finds itself in a complex political moment. Vrazil is the 8th economy worldwide but has yet to realize its full potential as a world power. It is a country of many coexisting qualities that combine to make a vibrant whole.

Brazil is often a mystery even to those of us who make a living studying it, and it can be a fascinatingly open and tolerant society – one where anything and everything is welcome. The October 2019 presidential and general elections in Brazil challenged that notion. An extreme right wing candidate, Jair Messias Bolsonaro, rose to power in a contested victory. This was the last straw in a mounting political crisis with multiple causes and, the way it looks at the moment, even more consequences.

The beginnings of the country’s current political crisis can be traced back to 2003. However, the steady momentum which ultimately led to Bolsonaro’s election likely began on August 31st 2016, when President Dilma Rousseff was impeached during the second year of her term. Dilma succeeded Lula in 2010 and was re-elected. She was previously his Minister of Energy (Minas e Energia). After, she served in the Ministry of Government (Casa Civil), which is the most important branch of national government in Brazil outside of the presidency. Rouseff’s impeachment establishes a new phase in Brazil, known as the end of New Republic (1985-2016). The 31 years after the end of  Brazil’s military dictatorship (1964-1985) was the result of a national agreement reinforced through a new National Constituency Assembly and the creation of the Citizenship Constitution. An agreement was reached between traditional political oligarchies, military commanders, media groups, federal judges and federal public prosecutors. Put simply, one could say that Nova República’s Agreement resulted in the recognition of political and social rights, as well as a legal system that aimed to organize people to fight for their rights as citizens.

Despite the agreement, high levels of state violence prevailed in Brazil, perpetrated frequently by militarized police forces (an unfortunate remnant of the military dictatorship and consequence of the country’s Military Assistance Program in the 1960s). Gangs or cartels (“commandos”) based in prisons or slums also regularly contributed to high rates of crime. The government maintains a sad record of social injustices. Murders of peasants, indigenous Brazilians, and African-Brazilian were a regular occurrence. Our society carried this inner conflict for three decades. The resulting trauma was translated into positive political advancement – the election of a former union organizer and political prisoner to the presidency. Next came a former guerrilla fighter, and then another ex-political prisoner.

Lula, followed by Dilma, never promised radical social change. But a new phase in the national agreement began regardless. Brazil’s working and middle classes were lifted out of poverty through economic policies that favored the country’s majority. A large structural part of the national economic policies were based on the export of commodities. Much of the government’s economic goals were also created in agreement with privately-owned companies inside the oil and gas sector and engineering. State-sponsored contracts and the expansion of public debt made up the core of Brazil’s national development. The success of this system depended on exports of soy beans, raw sugar, iron ore, crude petroleum, frozen bovine meat, agriculture products (high intensive agriculture, based on fertilizers and technology), and some industrial products (For a more complex description of the Brazilian economy, see here).

There were several fragile aspects of Brazil’s economy, even during the country’s period of economic boom. But three in particular contributed heavily to the crisis that preceded Dilma’s impeachment. The first was that Brazil’s economy was based on finances. Because of global currency competition, the international debts of Brazilian companies became unmanageable. The second is typical in which the economy is still based country still based primarily on exports. The collapse of this sector in Brazil began after the 2008 financial crash (the global speculation fraud that started with US-based mortgages and spread throughout the globe). China reduced its amount of primary imports, a decision that negatively impacted worldwide prices. The third is an operation led by the federal police and prosecutors, waged through the media, named Projeto Pontes, initiated in February 2009. The operation was a key part of Operação Lava Jato (Operation Car Wash), similar to the Operazione Mani Pulite carried out in Italy during the 1990s.

During the 2014 national election, Dilma was reelected. She had maintained her alliance with oligarchic parties (including PMDB, her vice president’s Michel Temer’s party – a central part of the conspiracy to impeach Rouseff). After a difficult first round against several candidates, Rouseff faced off against Senator Aécio Neves (PSDB, Minas Gerais state). She won on a platform challenging the state of Brazil’s government goals and social programs. However, a month after winning the presidency, Dilma nominated a “Chicago Boy” for the Ministry of Economics. Joaquim Levy destroyed Rouseff’s legitimacy among low and middle-class voters. It was the perfect storm – a fragile and unpopular administration, Operation Car Wash criminalizing Brazil’s economic and political model through the media, plus the actions of self-proclaimed Neo-Pentacostal and ultraliberal youth “movements” – was enough to move Congress into action.

It would be near impossible to explain what is happening in Brazil without a comprehensive analysis of recent history. The rise of Jair Bolsonaro and Brazil’s far-right is complicated. And it would not have been possible if it weren’t for Brazil’s long and chaotic political history, as well as the ability of the right to imitate the success of similar political ideologies in the United States.

– Written by Bruno Lima Rocha (Bruno Lima Rocha is working on his post-doctorate degree in Political Economics. He has a PhD and MSC in political science and works as a professor of International Studies and Journalism in southern Brazil. Bruno is also the vice-leader of a research group (capetacapitaleestado.wordpress.com) and editor of Estratégia e Análise (estrategiaeanaliseblog.com). E-mail: blimarocha@gmail.com)