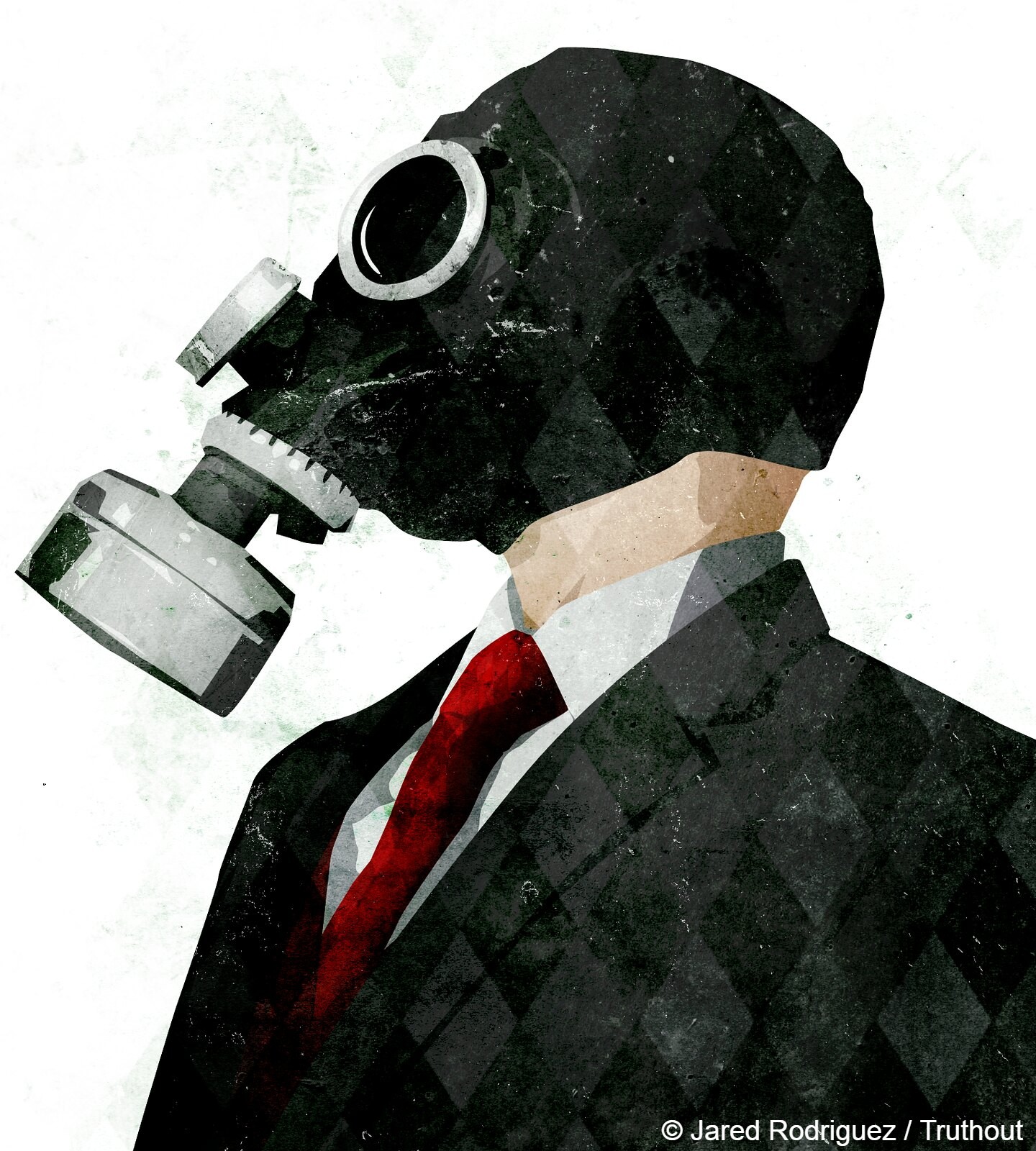 Like a recurring nightmare, the capitalist crisis refuses to go away and rather seems to be going from bad to worse.

Perhaps the most glaring signs of the deepening crisis have been the massive volatility experienced in stock, bond and currency markets globally. Over the last few months, more than US$ 6 trillion in share values have been wiped off stock markets across the world, and currency values have bounced around. So far, the worst-hit countries have been in Latin America, Asia, and Africa. China has been particularly hard hit with stock markets plunging over the last 8 months.

South Africa has not been spared. As with other ‘developing countries’, South Africa’s stock, currency and bond markets have been on a roller-coaster ride.

Worse still, there are growing signs that corporations across the world are over-indebted and many are battling to service this debt. For instance, it has been estimated that in China up to 20% of corporate debt is not being re-paid and in essence, is already bad debt. A similar story exists elsewhere. Even the South African linked giant, AngloAmerican, is experiencing problems servicing its debt with the consequence being that its bonds have been downgraded to junk. This has led to the company attempting to sell off as much as 60% of its assets. Should widespread corporate debt defaults occur, the financial companies and banks that hold this debt will be massively impacted upon. This too is impacting states. Numerous states in Latin America, Asia, and Africa have had their debt downgraded to junk status, and the South African state too faces this prospect.

All of these recent convulsions are, however, symptoms of wider problems. Capitalism has been mired in a crisis since the 1970s based on overproduction and over-accumulation. Since the 1970s, productive sectors, such as manufacturing, have been stagnating due to over-production. As a result, the portion of investment into manufacturing since then has declined, as capital has desperately sought other outlets for better returns.

One of the few geographical places that seemed to have been immune to the global problem of over-production and over-accumulation was China. Due to extremely low wages, ruthlessly kept in place by the Chinese state, the manufacturing sector in China experienced a boom beginning in the 1980s.

By 2007/08, it became evident though that China was not immune. In 2007/08, exports from China plunged because globally demand could not be sustained and it became apparent that China itself had excess manufacturing capacity and a problem of capital over-accumulation. At the time there was a real threat that due to a lack of demand thousands of factories would become idle. Two things, however, delayed the full impact of this at the time: the Chinese state made trillions of dollars in loans available to speculators – leading to a stock market boom – and massive intervention by the state to purchase products and commodities. For a while this seemed to work, commodity prices rose worldwide and stock markets boomed in China, but this intervention has now run out of steam.

The global economy is now again slowing dramatically due to the ongoing crisis of overproduction and over-accumulation. Last year, global trade in goods fell by 13.8% compared to 2014 due to the impacts of overproduction.  The slowing of the global economy was confirmed in February 2016 when reports emerged that Chinese exports dropped by 24.4% in dollar terms compared to the same time in 2015.

In fact, major sectors of the Chinese economy have been experiencing falling prices since 2013 due to over-production, including the steel, clothing, and ship-building sectors. This in turn has fuelled the drop in commodity prices globally, including coal, oil, gas, iron and copper. But it has not only been commodity sectors and China that have experienced contractions. In February 2016, the countries of the European Union experienced an inflation rate of minus 0.2 percent. This is extremely dangerous for capitalism as it means many corporations are being forced to sell products at below the cost of production, and for a system based on profit making that is disastrous.

For countries that rely on exports of raw materials, like South Africa, the problem of over-production and over-accumulation globally, including in China, is bad news. It is, therefore, not an accident that South Africa’s mining and manufacturing sectors have been contracting over the last few months.

Worldwide, therefore, the crisis of overproduction and over-accumulation that arose in the 1970s is still with us; it has only been periodically masked by speculative bubbles – when these burst, as is again happening now, the underlying crisis becomes evident again.

Unfortunately, the reality is that even tougher times look like they are ahead globally, including for China and countries such as South Africa. This will especially be the case should companies that borrowed massively between 2009 and 2014 to speculate on stock, currency and bond markets in Latin America, Africa and Asia begin to forfeit on their debt.  Such a danger also exists for a number of listed companies in South Africa that borrowed money during this period to buy back their own shares to inflate the prices

In reaction to the latest speculative bubbles bursting, the ruling classes in a number of countries have once again tried to use their control of states to bailout capitalists: highlighting again that the notion of a self-regulating free market is a myth.

Since June 2015 the Chinese state has spent at least US $ 400 billion to try and stem the bloodletting on its stock, currency and bond markets. In March 2016 it even mooted ‘nationalising’ bad debts of companies to try and stave off their insolvency. All of this so far has been to little avail.

It has not just been the Chinese state that has intervened in the wake of recent events. The European Central Bank (ECB) extended its Quantative Easing programme in March 2016: in other words it is creating even more money and giving it to corporations to help boost their speculative activities in the hope new bubbles – to alleviate the underlying problem of over-production and over-accumulation – can be created. As part of this, the ECB has extended its programme to buy bonds, in other words the debt, of key European companies. The ECB also provided further credit to banks in March 2016 ‘charging’ interest rates of minus 0.4% – in other words paying them to borrow.

The US state too has not raised its interest rates in 2016 (it raised interests rates by 0.25% in December 2015 for the first time in almost 10 years), meaning it has elected to keep interest rates at near 0% to assist financial corporations through ensuring that they have cheap credit to use to speculate on financial markets to create new bubbles.

Not a new story

The story of states intervening so dramatically to assist capitalist is not new, but it is central to why the crisis is now taking the form it is – centred around the stock, bond and currency markets (and mainly but not exclusively, in Latin America, Asia and Africa). In fact, states are central to capitalism as  Peter Kropotkin pointed out: “The state… and capitalism are facts and conceptions which we cannot separate from each other. In the course of history these institutions have developed, supporting and reinforcing each other. They are connected with each other”.

States, since the 1970s, have been intervening in specific ways to create outlets for capital in order to try and alleviate the crisis of over-production and over-accumulation. One way states have been intervening in the market, since the 1970s, has been through embarking on financial liberalisation. They have assisted capitalists by creating new areas of ‘investment’, including through floating currencies and encouraging trade in opaque instruments such as debt derivatives. In countries such as the US and South Africa states have made it legal for companies to buy back their own shares to inflate prices.

It is, therefore, states as instruments of the ruling classes that have helped engineer the explosion of the financial speculation, including in China, Latin America and Africa. Globally, speculation has become massive – dwarfing productive sectors and trade in real goods. For example, by 2014 the average daily speculation on currencies around the world had reached $ 5.5 trillion. This explosion of speculation has led to massive instability as since the 1970s there have been over 100 financial crises in different parts of the world.

Of course when speculative bubbles have burst, states have spent trillions bailing out the rich. In the wake of the 2007/08 financial crisis it was estimated that the US state alone spent as much as $ 12 trillion bailing out speculators. It was this money – along with that supplied through Quantative Easing and cheap loans by states in the years that followed – that was used by corporations to buy back their own shares to inflate prices and to speculate on stocks, currencies, and bonds globally( in particular in Latin America, Asia and Africa). This created bubbles that are now bursting with the result that the underlying problems of over-production and over-accumulation are ‘returning’ in full force.

Learning from the Past

There needs to be a massive defensive struggle against this.  A start already has been made and struggles are heating up in countries such as China and South Africa. These have to be built on – otherwise the ruling classes will cut wages and welfare even further.