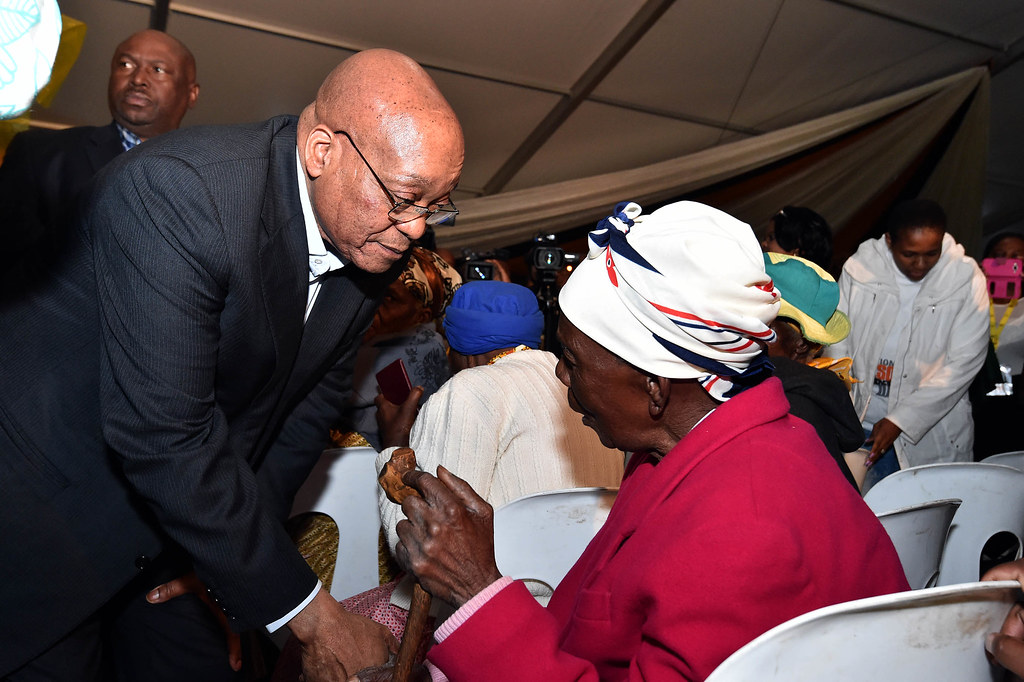 The Department of Social Development is sitting on a time bomb as it “struggles” to find a suitable company to replace Cash Paymaster Services (CPS) to disburse social grants. CPS has been administering payments of social grants, including child care grants, to 17 million South Africans. On 1st April it is unclear if these 17 million people will receive their grants.

While the South African Social Security Agency (SASSA) is supposed to oversee grants, the payment and distribution were outsourced in 2012 to CPS, which is a subsidiary of Net 1. The contract to do so was worth R 10 billion. Net 1 is listed on the Johannesburg Stock Exchange (JSE) and the Nasdaq in the United States. Its biggest shareholders are Allan Gray and Orbis Investment management, which is registered in the tax haven of Bermuda. Through CPS, Net 1 was awarded the contract to disburse social grants nationally for 5 years.

There were, however, irregularities in the awarding of the tender. After the tender was awarded to CPS (Net1) a case was opened against the tender process by AllPay, and consequently in 2014 the Constitutional Court ruled that the tender to CPS (Net 1) was invalid. It, however, suspended the invalidity of the contract so that grants could continue to be paid until SASSA had another concrete plan.

Rather than tender for a new contractor (as recommended by the Court), SASSA came up with a “plan” to take over the payment of grants itself on 1 April 2017. By October 2016, SASSA said it did not have the capacity to do so and instead simply wanted to extend the contract with CPS (Net 1); even though the Constitutional Court had ruled it to be invalid. In fact, SASSA and the Department of Social Development seem to have manufactured a crisis by making no plans what-so-ever to disburse grants themselves, so Net 1would be the only option to ensure grants were paid on the 1st of April. At the time of writing SASSA was negotiating with Net 1 to carry on delivering social grants for another year, a deal that could be worth as much as R 3 billion.

The Minister of Finance Pravin Gordhan had earlier proposed that large banks and the Post Office should rather distribute social grants on the expiry of the contract with Net1. The Post Office wants to take over the disbursement of the grants, and ABSA, Nedbank and FirstRand want to make bids if the tendering process is opened up.

The Social Development Minister Bathabile Dlamini, however, rejected Gordhan’s proposal.  She claimed the proposal was impractical and that if banks were involved, social grant recipients would be subjected to high banking fees. Minister Dlamini further stated that the banks were driven by profits, and they did not have the biometric system required by SASSA. She claimed the biometric system of Net 1 was essential to eliminate fraudulent social grant claims. While on the surface Dlamini’s objections to banks being involved seemed reasonable, when one gains an understanding of Net 1’s practices, her statements are laughable.

What is the controversy about Net 1?

Net 1 like any other finance institution is driven by profit. The tender awarded to CPS (Net 1) in 2012 has allowed the company to prey on the most vulnerable sections of society. Research done by ILRIG in 2016 revealed that it was not just the tender to CPS (Net1) that was mired in scandal.  There have been serious problems with the Net 1 system; grant holders have been reporting unauthorised and unlawful deductions from their monthly payments. SASSA has since received thousands of complaints over illegal deductions for airtime, electricity, funeral plans and loan repayments facilitated by sister companies of CPS, which are all subsidiaries of Net 1. Money Line, a sister company of CPS, is known for its high service charges on loans it offers to social grant recipients: a loan of R850.00 has an interest rate of 34%.

The feeding scheme of the ANC aligned elites

So the question is why is Minister Dlamini, the Department of Social Development, and SASSA so keen to continue a contract that has been ruled as invalid. The answer is an elite in the ANC, and those linked to them, benefit from the contract. Under neoliberalism, it has been an elite linked to the ANC – as junior partners with white capitalists – that have benefitted from privatization and outsourcing by the state. Net 1 is a case in point.

Net 1 has been disbursing social grants for 16 years, including as a service provider at a provincial level. From the beginning they have been mired in controversy. The owner of Net1, Serge Belamant, admitted his company got contracts to disburse social grants because he was very close to government ministers. It is likely bribes exchanged hands between CPS and officials in Department of Social Department and SASSA in the lead up to the 2012 contract. Even before then, a CPS partner was caught in 2005 paying for the then Social Development Minister, Zola Skweyiya’s, home renovations.

When the contract to disburse grants was awarded to Net 1 nationally in 2012, it was contingent on it signing a Black Economic Empowerment (BEE) deal. Days after Net 1 got the tender, it announced that it had finalised a major BEE deal with Mosomo Investment Holdings. Mosomo is headed by Brian Mosehla who was an executive at the Mvelaphanda Group, established by Tokyo Sexwale. It is rumored Mvelapanda has shares in Mosomo, although his has not been concretely proven. The reason why there is such suspicion though is because it was Mvelapanda that registered Mosomo’s website, and when Mosomo signed the deal with Net 1 it did not even have its own offices; rather Mosehla was working directly out of Mvelapanda’s office. Mosehla is also close to Lunga Ncwana, who advised Minister Dlamini to favour Net 1 over its rivals, AllPay, only for Mosehla to benefit from the deal days later.

There is a web of ANC officials and cronies that have connections and benefit from Net 1 having the deal to distribute social grants in South Africa. The Department of Social Development has deliberately stalled so that there is no option but for Net 1 to continue to distribute grants. Whether this is successful remains to be seen, but what is clear is that corruption and incompetency is rife in Net 1, SASSA and the Department of Social Development. The people paying for this are the working class, and it is grant recipients that are being short changed.