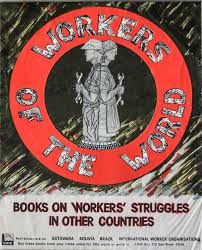 October sees the hosting of our 2011 annual globalisation school. ILRIG has been hosting its globalisation school since 2002. Activists from a wide range of organisations, including social movements and trade unions throughout Africa are invited to apply.

The 2011 School takes place at a time when the system of global capitalism is in an ongoing crisis. At the same time global warming is taking place at a faster rate than ever before and corporations faced with declining oil reserves are seeking new sources of energy and scouring the globe even more than before and in ways that threaten the survival of the planet.

Capitalism is at the heart of these crises and yet our inability to force the ruling classes of the world to do anything different – let alone build an alternative world – is the biggest thing holding back any solutions. In this regard, however, the uprisings in North Africa and the Arab world are sources of optimism that a movement for change is on the rise after years of neo-liberal capitalist triumphalism.

These crises force us to think about what the relationship between our own local struggles and the struggle to move beyond capitalism and its destruction of the planet.

In November 2011 the world’s governments will be meeting in Durban at what is called COP17 – an exercise which once again promises to show how incapable the ruling classes are to implementing any solution. ..unless our activism and struggles can put pressure on the governments.

But what is the relationship between capitalism as a system and the environmental destruction that threatens us all? The 2011 School – the 10th anniversary of the ILRIG Globalisation Schools – will look at various views on then relationship between capitalism and the environment and debate strategies for taking forward our daily struggles. There will be meetings to hear experiences of struggles in Brazil and North America and forums to discuss preparations for COP17. These discussions will be combined with network meetings of activists to plan for the campaigns leading up to COP17, as well as our regular features of music, poetry, theatre and movies.

THE STRUCTURE OF THE SCHOOL
The school consists of open plenary sessions and cultural events and closed 3-day classes. Come and debate inputs by various speakers and guests and select a course which is of most interest to your organisation. Classes will be held on the following topics:
·    Building Women’s Activism: Why environmental justice is a feminist issue
·    Trade and Investment: Carbon trading and the myth of green capitalism
·    New Forms of Organisation: Why decent work is an environmental issue
·    Democracy and Public Power: Housing and the environment
·    Youth and Globalisation: Environmental justice is not a lifestyle issue
·    Introduction to Political Economy