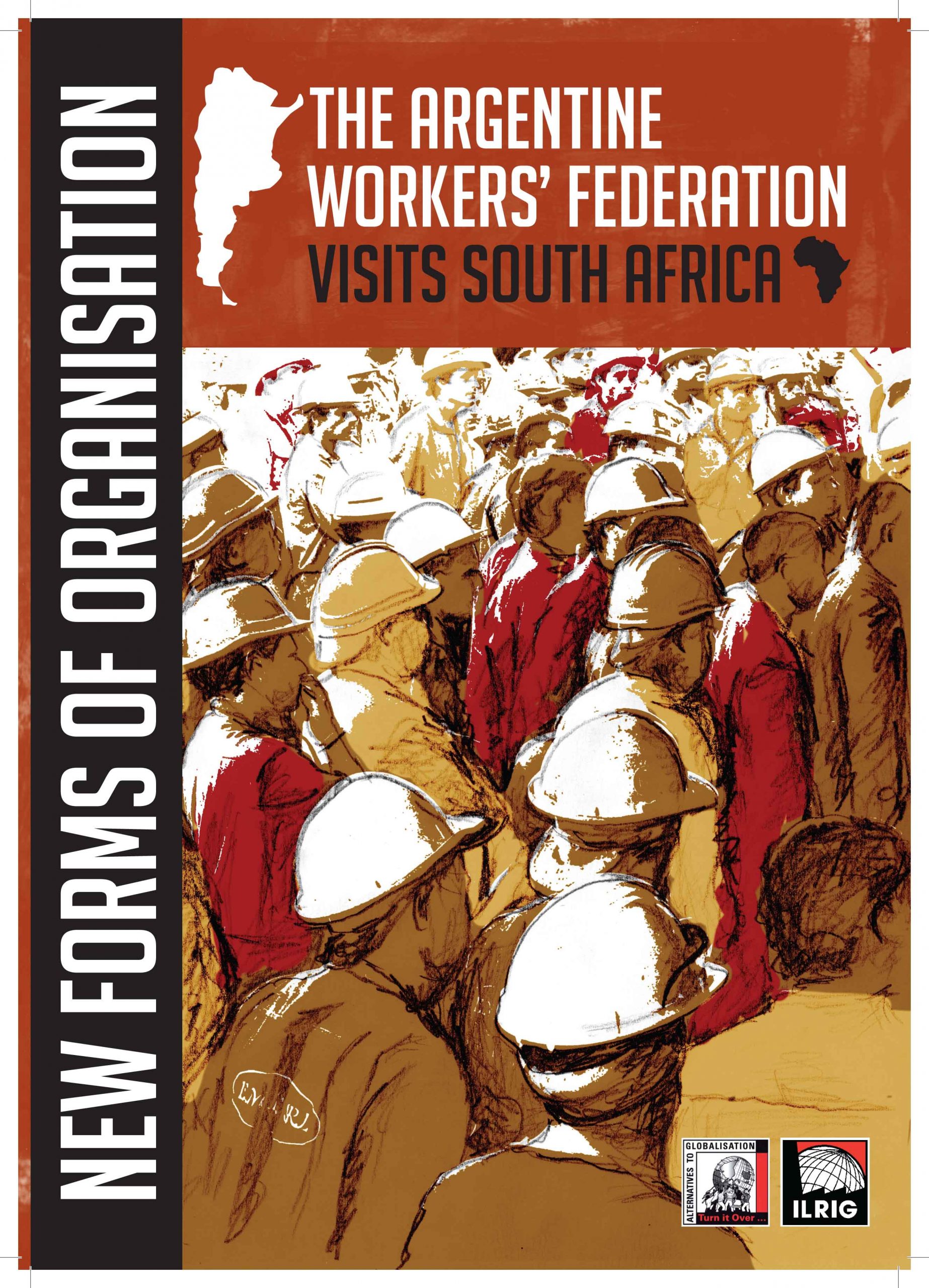 This booklet was inspired by a visit to South Africa in September 2007 of two leaders of the Argentine Workers’ Federation (CTA) – Jose Olivera of the Union Obrera Metalurgica, and Cristian Horten of the Cooperativa De Trabajo1. The CTA (La Central de Trabajadores Argentinos, in Spanish) is a new trade union movement, the second largest in Argentina, formed in 1991 that represents about 1.3 million Argentinean workers – employed and unemployed, casual and informal. The CTA comrades visited Cape Town and Johannesburg in South Africa and then went on to Maputo in Mozambique. In Cape Town they attended the attended the 7th Annual ILRIG Globalisation School, which brought together some 200 social movement and trade union activists from across the continent of Africa to explore Alternatives to Globalisation. Comrades Jose and Cristian spoke passionately about how their metalworkers union, UOM, and the CTA had responded to the collapse of the Argentine economy in the late 1990s and early 2000s.

The CTA established from the outset its determination to represent all working people, whether employed or unemployed, contract or casual. Their assessment of their effectiveness was marked by honesty: “worker take-overs were not the salvation of the world, but they were a way out of a social and economic crisis in Argentina. We created jobs. Through cooperatives we have found an alternative model to contractors and the casualisation of work. There are better working conditions and salaries for the people involved”.

Cristian and Jose, with their tireless Argentinean-born interpreter, Florencia Belvedere, conversed with South Africans, day and night, about the many different initiatives undertaken in Argentina. Jose’s main responsibility is working with contractors, stressing that the union represents all workers and trying to bargain conditions for contractors that have parity with what permanent workers are able to bargain. Cristian stressed the key role of the UOM in the creation of his worker cooperative – the 7th of May Cooperative. This workers’ cooperative operates the ocean port of the Mittal steel plant in Villa Constitucion. The docks had been closed for five years when the then employer, ASINDAR, re-opened them, but with contractors who wanted to pay lower wages, with no benefits. The UOM insisted that it represented all workers and, more importantly, that it would not negotiate with labour brokers – it would only talk to the ultimate employer. The UOM used its bargaining power to force the employer to the table. Today UOM members at the self-managed Cooperative provide a range of cutting, rolling, packaging and shipping functions for a major steel company.

The commitment of the CTA and the UOM to represent unemployed and contract workers and to build active relationships with social movements generated a lot of intense debate at the ILRIG Globalization School and in later meetings with COSATU and NUMSA members in Johannesburg.