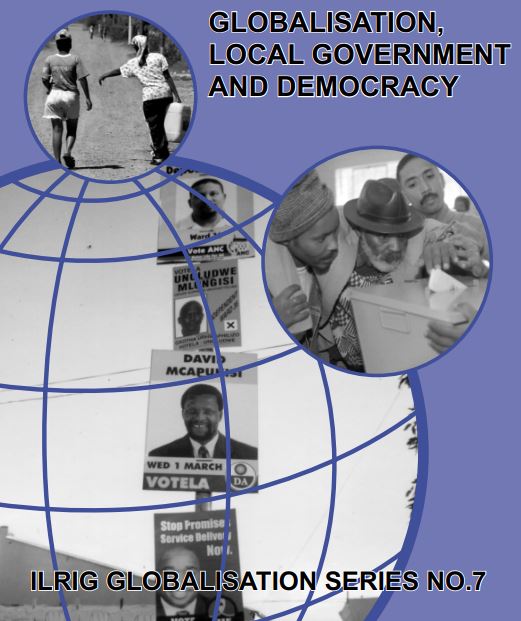 Globalisation Series No. 7: An Alternative View of Globalisation, Local Government and Democracy

But this restructuring also took place in the period in which South Africa was reintegrated into the world at the end of Apartheid. And since the 1980s the world had changed quite significantly as a result of globalisation. So the local government institutions we have today are not only the result of restructuring required by the Constitution, they are also shaped by the way globalisation has changed the local state and installed ideas about service delivery, about the relations between the state and capitalism and about democracy everywhere, including South Africa.

The local state is claimed as the site of government closest to people and often is the one in which ordinary people have the most immediate experience of the nature and quality of democracy.

We therefore examine the impact of globalisation on the local state and the quality of democracy at the local level.