Class struggle, the left and power: A libertarian socialist alternative

The first parts of this series gave readers a basic introduction to an ‘authoritarian’ or state socialist [Marxist] theoretical understanding of class, power and the nature of the state and the strategic implications and limitations thereof for forming the basis of a new movement and building working class unity in struggle.

Part three looks at a ‘libertarian’ or ‘anti-statist’ socialist [anarchist] theory of class, power and the role and nature of the state that offers an alternative theoretical basis for building new forms of organising and unity in struggle to the tried, tested and consistently disappointing statist one.

SOCIETY OF EXPLOITATION AND DOMINATION

Like Marxism an anarchist class analysis holds that capitalism is a class society in which a ruling class minority exploits the working class majority in order to accumulate wealth and power; and that it is able to do this because of private ownership of the means of production, legally recognised and protected by the state. However, while there is much agreement between libertarian and authoritarian socialists on the critique of capitalism as a class society based on exploitation there is disagreement around theoretical understandings of the state, class and revolutionary subject.

No return to normal: for a post-pandemic liberation

Today, new forms of solidarity, mutual aid, and common struggle are emerging in the pandemic. How will they shape tomorrow’s struggles for a post-capitalist world?

Strikes across the frontier and strikes for higher wage

Planet lurches to the right as ideologies engage

What did they think the politics of panic would invite?

But the trouble with normal is it always gets worse

— Bruce Cockburn, “The Trouble with Normal”

The following is a postscript to Max Haiven’s Revenge Capitalism: The Ghosts of Empire, the Demons of Capital, and the Settling of Unpayable Debts, due out in May from Pluto Press.

The arrival of the COVID-19 pandemic in early 2020, unfolding around the world as I write these words, will likely be remembered as an epochal shift. In this extended winter, as borders close, as lockdowns and quarantines multiply, as people succumb and recover, there is a strong sense that, when the spring finally arrives we will awaken in a drastically changed landscape.

Those of us now in isolation, in spite of our fear and frustrations, in spite of our grief ⁠— for those who have died or may die, for the life we once lived, for the future we once hoped for ⁠— there is also a sense we are cocooned, transforming, waiting, dreaming. True: Terrors stalk the global landscape, notably the way the virus ⁠— or our countermeasures ⁠— will endanger those among us whom we, as a society, have already abandoned or devalued. So many of us are already disposable. So many of us are only learning it now, too late. Then there is the dangerous blurring of the line between humanitarian and authoritarian measures. There is the geopolitical weaponization of the pandemic.

Read more: No return to normal: for a post-pandemic liberation

Covid-19 and Capitalism: ‘Pandemics… have their roots in environmental change and ecosystem disturbances’

As the escalating crisis of the climate crisis is so tragically and consistently showing, unless there is a reframing of human consciousness and practice centred on planetary health (which umbilically links human and ecosystem health), then our world is heading for a future of perennial planetary disasters.

Understandably, the dominant focus (conceptually and practically), of most governments, media outlets and the general public both globally and in South Africa, has been on understanding and confronting the immediate impact and effects of the Covid-19 pandemic. In particular, this focus has been directed at global as well as national impacts and responses related to human health and economic relations.

Read more: Covid-19 and Capitalism: ‘Pandemics… have their roots in environmental change and ecosystem...

The capitalist pandemic, Coronavirus and the economic crisis 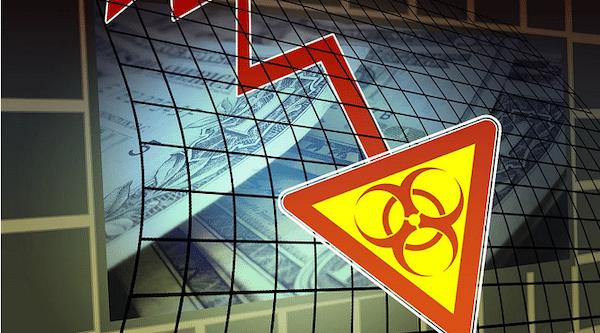 The coronavirus pandemic is a serious public health problem and the human suffering caused by the spread of this virus will be enormous. If it massively affects countries of the Global South with very fragile public health systems that have been undermined by 40 years of neo-liberal policies, the death toll will be very high. We must not forget the critical situation of the Iranian population, victim of the blockade imposed by Washington, a blockade that includes medicines and medical equipment.

Under the pretext of necessary fiscal austerity to repay public debt, governments and major multilateral institutions such as the World Bank, the IMF and regional banks such as the African Development Bank have everywhere enforced policies that have deteriorated public health systems: job cuts in the health sector, precarious employment contracts, reduction of hospital beds, closure of local health centres, increase of health care costs and of prices of medicines, under-investment in infrastructure and equipment, privatization of various health sectors, under-investment by the public sector in research and development of treatments for the benefit of the interests of large private pharmaceutical groups…

Read more: The capitalist pandemic, Coronavirus and the economic crisis